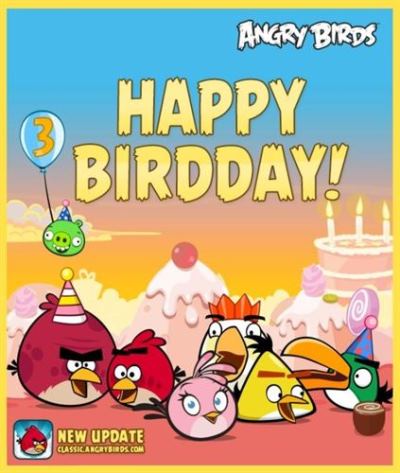 Although Angry Birds are already part of the collective imagination of millions of users, only three years have passed since the first installment of the game went on sale. The idea was to harness the potential of touch devices to offer a simple game, but entertaining and addictive.

From that first moment, Rovio’s franchise has become a truly mass phenomenon, excelling with each delivery and breaking the barriers of platforms and markets. Angry Birds has received several deliveries, which have grown the franchise to turn it into an image for all types of products and campaigns. Angry Birds have jumped the virtual to the real world in the form of all kinds of products and have created amusement parks and shops inspired by angry birds.

Discharges of different Angry Birds deliveries exceeding 1,000 million and more than 200 million unique users per month. This is impressive data that have been achieved in just three years. Few services can boast of this growth.

The starting point was the basic game, Angry Birds. That game is precisely turns 3 this December 11. Rovio wanted to celebrate the anniversary by updating the application. The company has found that after three years continues to update the game, giving value to the people who decided to buy it to their terminals.

The update released on the occasion of this anniversary, Rovio has introduced 15 new levels in the game, which will also allow users to enjoy Pink Bird, one of the latest creations of Rovio.

Use full Links for Angry Birds

Star Wars and Angry Birds United by The Force