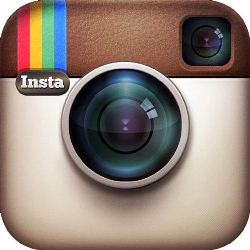 Policy Update: Instagram Will Not Use Photos in Ads and Removes it from Policy: Following the announcement of changes to Privacy Policy, Instagram has had to clarify and modify the points of this update due to the controversy over the marketability of the photographs of the users. The social network, now owned by Facebook, and  had not explained well and has decided to withdraw the point at which explicitly said that the photos could be used in ads.

Unsurprisingly any doubt, misunderstanding and anger regarding this new policy since the document was published by Instagram in perfect English, and unable to translation, besides being a long text and sometimes incomprehensible. But that was not the most worrisome. Most troubling was that Instagram reserved the right to use photographs of the users in advertisements.

By accepting this policy “you agree with the company, Instagram, or other entity that will pay us to use your username, tastes, photographs (and other associated metadata) and / or other actions you take in connection with promotions or payment or sponsored content, without compensation to you, “explained the social network in their new conditions.

Instagram has clarified, through its official blog that the photographs will not market its users, a point in politics seemed more focused on accounts to private companies. Although the company wants to insert or, at least, “experimenting” with advertising has nothing to do with the sale of the social network instant.

“It was interpreted by many as we would sell the photos to others without any compensation. This is not true and it is our mistake that this language was confusing. To be clear, we do not intend to sell user photos” expressed the co-founder of the company, Kevin Systrom.

Instagram insists that it is his intention to publish the photographs in ads users and has therefore announced that it will “withdraw the phrase tabled this issue.” In this sense, the social network promises that is working on a version “with updated language to clarify this point.”

Many companies use Instragam as a means to advertise their business and increase participation and build a bigger audience. In this way, the company wanted to clarify that if a person is a follower of that undertaking in the social network, their data or their interactions with the same can be made public in order to make a promotion “more relevant and useful.”

The new Privacy Policy and Terms of Use will take effect on January 16. As for the rights of the photographs uploaded to the application, nothing has changed. Content remains the property of their owners and their royalties.

The privacy settings have not changed. The user will choosing who can see or who shares his snapshots, ie content can be accessed only people that you allow.

“We have to be clear about the changes we make, it is our responsibility. One of the main reasons that these documents do not have immediate effect is that we wanted to ensure that users have the opportunity to raise concerns about it.“