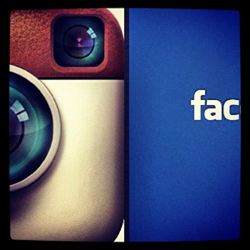 Instragram is the network upload photographs for excellence and effectively was acquired by Facebook in September 2012. The company takes force behind the challenges you put in your Twitter feed and has added enhancements to its implementation. With Instagram users can also share photos of applying different filters, frames and gloss.

Instagram has become the center of attention for several weeks. After his breakup with Twitter, improving your camera for iOS and Android, and the incorporation of a new filter-Willow-for your images, Instagram amends its privacy policy. The change will be implemented from next year Jan 16 2013.

Now owned by Facebook, the social network has changed its privacy policy that will take effect on January 16, 2013. No changes in the ownership of the photos or who can see them. That is, users will still own their snapshots and control who can see them not modified. In addition, the user can still make the decision whether to publish your photos on Facebook or not.

With this action, not only data exchanged between Instagram and Facebook, but the social network Mark Zuckerberg also shares user data with its “affiliates”, ie with their advertisers. Not be excluded that in the future incorporate advertising Facebook Instagram.

Furthermore, these data, as Instagram, also serve to address the abuses of the Internet, such as the fight against spam or troubleshooting of system reliability, easier.

“As part of our new partnership, we have learned that sharing ideas and information, we can create a better experience for our users,” said Instragram team. With these changes, the social network insists he wants to help users protect, prevent spam and abuse as the application grows.

For now, only Instagram changes published in English, although they appear and are effective for users in other countries. In addition, changes in the privacy policy are vast and unclear as to how developments affect the user. This is usually a common criticism in this type of changes in Facebook and now seems to be moving to Instagram.