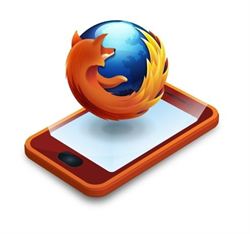 This new release fixes a number of bugs discovered in the previous one and can be used in most operating systems.

Mozilla has been revealing little details about their future Firefox OS, the operating system for mobile devices, since it was announced in July 2011.

The system is still in development so that users have discovered some errors thanks to Firefox OS Simulator.

This simulator allows users and developers to test their applications in the operating system from any device Firefox Windows, Mac or Linux.

According ensures the founding team on its official blog this simulator has been available for three weeks, but after a series of comments from users who might try some errors were discovered.

But these bugs have been fixed in version 1.0 of Firefox OS Simulator. The Mozilla team says that this is a step forward but the simulator is new and Firefox OS itself is still in development.

Both users and developers can now download version 1.0 of the simulator via Mozilla page and it encourages team so they can have their applications ready for the launch of the final version of OS.

Firefox OS will be released in 2013 , Movistar will be the first to bet on terminals which provide mobile OS Mozilla Foundation.

The consultancy Strategy Analytics predicts that Firefox meanwhile OS will be present at the sale of between seven and eight million handsets, 1 percent of the global smartphone market share in 2013.