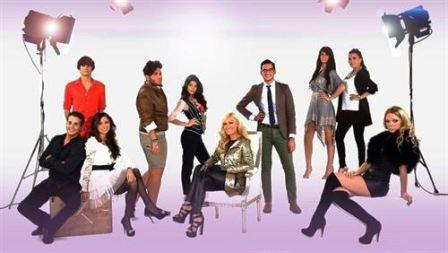 Lujan Arguelles espabila new ‘Sons of Daddy’ of Four: New young rich are accustomed to the good life. But, once again, will have to leave the luxury and fend for themselves.

The ‘Sons of Dad’ Four return with their second season next Friday with Luján Argüelles again as emcee.

The chain of Mediaset Spain has announced on its website the return of this format, namely at 21.30 pm, in which wealthy young heirs to large fortunes in some cases, have the highest aspiration in life spend and spend money unlimited.

The complicated task of ‘Sons of Dad’ space produced by Plural Entertainment, will help these guys used to the good life to fend for themselves in the time when their parents say ‘enough’ fed up with their whims and decide to teach them a lesson.

Four issued between February and April 2011, he recalled his own production company, the first season of the format achieved an average audience share of 12.1% and a total of 2.1 million viewers per program.

Precisely in this first journey eight young lived for several weeks in Hoyos del Espino, a rural setting where there was no brand name stores, drivers, cooks or limousines. They went from the comforts and luxuries of their existence hitherto easy to have to fight for pay ‘mileurista’.

To face this new experience, they had the help of Diana Molina, a ‘coach’ professional work developed personal motivation, and Antonio Ortega, a psychologist who encouraged them to continue in this difficult challenge. Both are supported in the hardest times and offered them the keys they needed to overcome their fears.

‘Sons of Dad’ is also taken back by Luján Argüelles, which was in charge of the first season and has appeared in four other areas as’ Who wants to marry my son? ‘,’ Farmer Wants a Wife ‘or’ You have 1 minute ‘, among others.