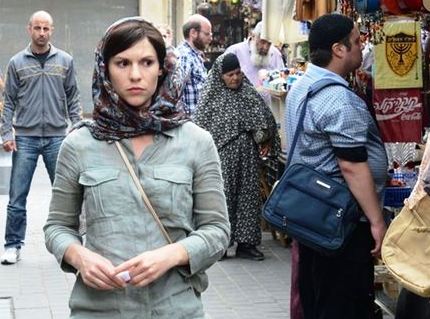 Creators of ‘Homeland’ produce another series: Fox has given the green light to ‘Tyrant’ television series Homeland producers Howard Gordon and Gideon Raff.

A few years ago the chain rejected the opportunity to cast the drama won six Emmy awards, so on this occasion did not hesitate to take over the project.

The drama revolves around a modest American family is involved in the internal affairs of a troubled Middle Eastern country. For now Fox will produce the pilot.

The idea of the drama belongs to Gideon Raff, the creator and writer of ‘Hatufim’ Israeli series that is based on the ‘Homeland’. Raff, Howard Gordon and Craig Wright are executive producers of the project with Israeli chain Keshet Broadcasting.

If it is satisfied with the outcome of the pilot and Fox ends up giving the green light to ‘Tyrant’, Wright will be primarily responsible for the day to day fiction. The production of the first batch of chapters is tentatively scheduled for next spring.

The executive Nick Grad Fox has confessed that “totally original concept” captivated them. “It’s amazing when you read a script and instantly you imagine it becoming one of the best series on television,” he added.

Bert Salke, President of Fox 21, has revealed that this is the type of project you like to carry out in the chain. Salke has also confessed his excitement for “work with great writers to create provocative material, with characters and plots unusual.”

‘Homeland’, which is aired on Showtime in the United States, has taken home many awards, among them six Emmy and a Golden Globe The second season of fiction, which was released last September , is breaking ratings records for the network. In Spain, the show is broadcast by Fox