iTunes 11 A New Design and Better Integration with iCloud 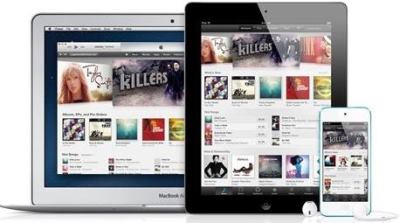 iTunes 11 was introduced last September in Cupertino, in the same event where Apple unveiled to the world its anticipated iPhone 5 and its new range of touch iPods and iPod Nano. According to the company said the new version of iTunes would be available for download in October. However, later that same month Apple confirmed that the launch was delayed until the end of November.

The reasons for the delay, according to Apple, was due to the new version was taking “longer than expected” to developers and needed an “extra time” to complete it correctly. Although some media also claimed that this delay had something to do with the restructuring that took place Apple in its directive.

However, as promised in late October Apple, iTunes 11 is now available for download. This new version incorporates a number of new features among which the new design and better integration with iCloud.

iTunes 11 has removed some buttons in the top bar and the side bar to give a more “simple” to your content management system. It also incorporates a new view of the iTunes library with images of album covers, movie posters and icons of the largest applications. When choosing a movie disc or the content displayed in the same window, allowing you to see the songs from the album, hit play and continue to browse the library without having to return to the main screen.

The iTunes Store has been completely redesigned to be the same for Mac, PC, iPad, iPhone and iPod touch. The music, the movies and the most popular books are arranged on shelves so that users find what they need more easily and access all features of a pass.

This new version of iTunes includes redesigning the mini player that appears at the top of the screen. As Apple says it is a “mini player even smaller” but with more features. Both the mini player as in the main screen of iTunes, Apple has introduced the tab ‘below’. This tab allows you to add songs or videos to a list to be played automatically.

Another feature of iTunes 11 is able to receive recommendations. In the section ‘The Store’, users choose an album, artist or genre you like it and iTunes will suggest similar music to discover new artists and subjects. Moreover, in order to see a trailer for a movie or listen to a snippet of a song without having to search the iTunes team has included the ‘History’. In this way, users will have quick access to a summary of all the songs, movies and videos for those who are interested.

Better integration with iCloud: In iTunes 11, the team has improved integration with cloud iTunes Apple iCloud. It is one of the most anticipated improvements by users as it allows them to enjoy your music, movies or books from any device, wherever they are.

With iCloud users can access your content on all your devices and now, when they buy an album or a song on any of them, it will be available in the iTunes library on your Mac or PC. You only need to double click and start playing and if users are not connected to the network, they can click the Download button and take a copy.

The new version is now available on iTunes for download at www.itunes.com