HomeWorldHundreds of People Gathered in Honor of Victoria Soto
World

Hundreds of People Gathered in Honor of Victoria Soto 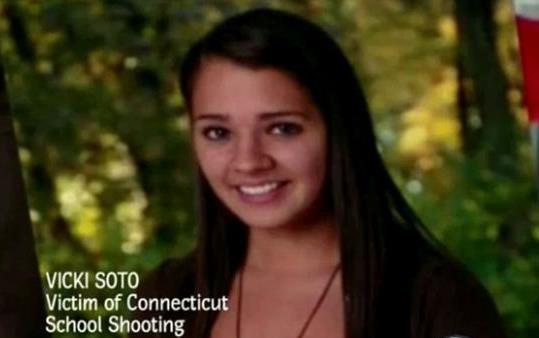 Hundreds of People Gathered in Honor of Victoria Soto A Teacher who Died in Connecticut Shooting: Hundreds of people gathered on Saturday night in the town of Stratford, Connecticut, in honor of Victoria Soto, 27, a teacher at Sandy Hook Elementary School in Newtown who died Friday at the hands of killer 20 years old after trying to protect her first grade children from the bullets.

Friends, former colleagues and neighbors have gathered Stratford against the local council to say goodbye to Soto, placing candles and messages.

Those attending the commemoration have sung songs and hymns, among the tears of relatives who have attended the event, as reported by the local newspaper ‘Danbury News Times. People who knew Soto have remembered as a jovial and friendly person, as declared to the local chain NBC.

James Wiltsie, a cousin of the victim, this chain has reported that Soto ran to students and put them in a closet. Adam Lanza bullets hit him when he tried to make a shield to protect his students.

In a brief description is in the school’s web Soto says he loves “to spend their time reading books on the beach and sunbathing.” I was excited about the start of my third year as a teacher first and promised a “amazing year” with their “amazing students of class ten,” she wrote.

Vicki Soto was one of six teachers who have died at the hands of Adam Lanza, as authorities confirmed Saturday. A total of 20 children died also shot by the young, who ended up committing suicide.