Dave Grohl films the essence of the ‘Sound City’ 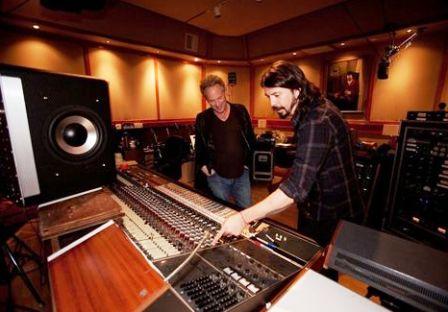 Dave Grohl films the essence of the ‘Sound City’: The former Nirvana drummer and current leader of the rock band Foo Fighters, Dave Grohl, debuted in cinema with the film ‘Sound City’, a documentary that tells the story of the legendary Sound City studios in California.

The piece, whose trailer is now available, will be released in the next edition of the Sundance Film Festival, to be held in January.

In this film there are statements by artists like Tom Petty, Stevie Nicks, Trent Reznor, Neil Young and Rick Rubin, whose words revolve around an object: the legendary Neve 8028 recording console from these studies that Grohl acquired a year ago and that has served as an excuse to explore the history of this place.

The console, built in 1972, is considered one of the most important objects of analog recording and she has recorded artists like Neil Young, Fleetwood Mac, Tom Petty, Cheap Trick, Guns and Roses, Fear, Nirvana, Rage Against the Machine, Slipknot, Nine Inch Nails and Metallica, among others.

Thus, this table serves as a hub for the documentary with Dave Grohl will step behind the camera to tell through interviews with artists and producers who recorded with her musical history of Sound City, his amazing life and some of the discs who were born there and that changed music.