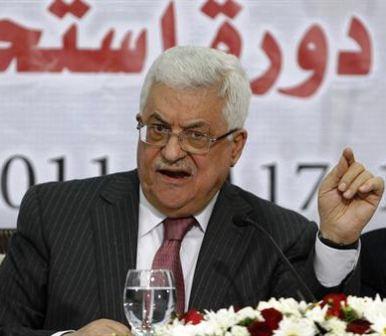 Abbas threatens to go to ICC : planned construction in West Bank: The Palestinian Authority president, Mahmoud Abbas, has warned Tuesday that Israel will face the International Criminal Court. If he does not desist in its plans to build new settlements in the West Bank and, in particular, if not cancel the projects planned for the E1 region.

Abbas, on a visit to Ankara, has dismissed as “aggressive act” Israeli initiative. Palestinian leader stressed that the government of Benjamin Netanyahu would cross a “red line” if it goes ahead with the proposed projects, to the extent that would partition the West Bank.

“It is a breach of international conventions, in particular the Fourth Geneva Convention”, which includes the protection of civilians in conflict, added the president of the Palestinian Authority.

The recent recognition of Palestine as a UN observer state allows Abbas file a complaint with the ICC, which does not confirm or deny he will do in the future. Abbas has argued in recent weeks that possibility to threaten Netanyahu, who has warned that the internationalization of the conflict may have consequences.

But Abbas believes that in the current context, “Israel must choose whether it wants peace or settlement activity”, as reported by the Palestinian news agency. “If you choose peace, we are ready to cooperate. However, if you choose to proceed with the settlement activity, especially in the E1, we will adopt a different approach.”

A spokesman for Netanyahu, Ofir Gendelman, has criticized the Palestinians for “being more interested in establishing conditions” for the resumption of peace negotiations in sit down and talk. It has also issued a warning to those who have criticized Israel for the construction of 3,000 new homes in West Bank: “We do not need international pressure to return to negotiations.”