Cate Blanchett is Cinderella’s Stepmother:  Disney wants to relaunch one of its greatest hits, Cinderella, but this time in flesh and blood version. The company released a new film adaptation already launched in 1950 with animated characters. 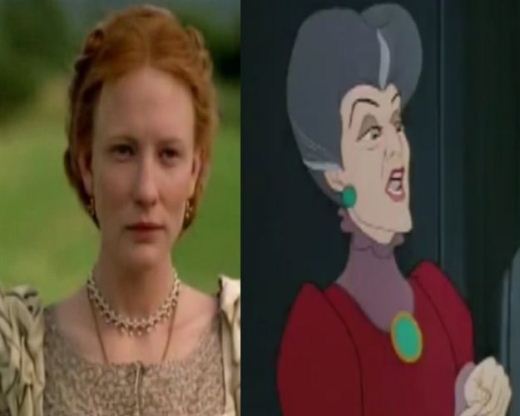 For one of the main roles, the wicked stepmother, the Factory of Dreams has thought of Cate Blanchett. The protagonist of Babel is the favorite of the study to get under the skin of the insufferable stepmother.

According to The Hollywood Reporter ahead, Mark Romanek, director of One Hour Photo, the manager will take charge of the new Cinderella. To write the script and adapt now to the flesh and blood characters, the study will include Chris Weitz, known for producing films like A better life or a single man.

This new adaptation of the classic tale by Charles Perrault joins revival fever by traditional stories that have opened as Once Upon a Time series or movies like Snow White and the Huntsman and Mirror, Mirror. Without forgetting Maleficent, Disney star another project that features Angelina Jolie as the star.

Moreover, the idea of resurrecting mortal flesh to the suffering and haunted by Cinderella udios est after the success of the Alice in Wonderland by Burton.

In fact, the very Blanchett had been the candidate of Disney for another tale of bad paper: Snow White’s stepmother. And, the study also wanted real people adapt the legendary story of the princess poisoned with an apple, but ultimately rejected it.

Blanchett would add this new role to the long list of characters who have pending release. The most immediate and relevant, the elf queen Galadriel in the paper already played in the trilogy of The Lord of the Rings and The Hobbit resume: An Unexpected Journey, the first part of the trilogy which opens on 14th December. Will follow The Hobbit: Desolation of Smaug, in December 2013, and The Hobbit: Departure and return in summer 2014.