Windows 8 Microsoft Updates its Applications: Microsoft is the accelerator for the next release of Windows 8 by expanding the Windows Store, but also and especially by updating its own applications, directly embedded in the new OS. 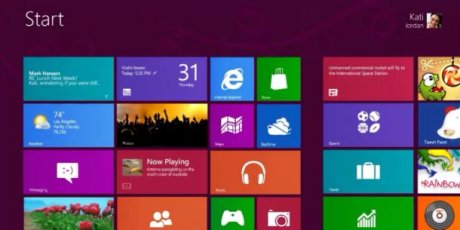 Microsoft prepares more than ever worldwide release of Windows 8 scheduled for October 26. As a reminder, the publisher has incorporated many of its Web applications and services in its new operating system.

This is particularly the case SkyDrive or Bing Maps. In view of the launch, Microsoft announced on his blog have therefore proceeded to update a large number of applications, and with additional features.

SkyDrive is enriched with a search function, the ability to rename or move folders. In addition to the applications of content such as News, Sport and Weather, Microsoft mentions in new services such as Bing (search local content and images) Maps and embedded in Windows 8 as applications.

Microsoft also claims already many thousands of applications in its store, the Windows Store, also integrated into Windows 8. The publisher does not provide a detailed breakdown of applications that will be available in the store at launch.