Firefox Version For Windows 8 Look Beautiful: The launch of Windows 8 has been on the door. To try to serve the latest Microsoft operating systems display unique is some developers began preparing for its software, not to mention Mozilla. 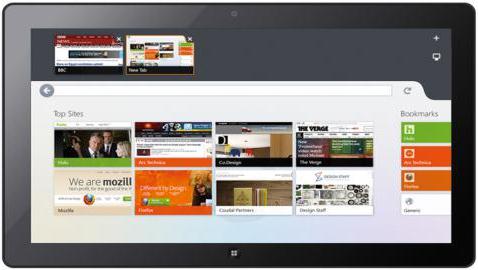 In February 2012 Mozilla has plans to develop an internet browser that supports Metro user interface. After a long time in the development process Mozilla finally released the new browser. Visible in the picture above Firefox Windows 8 look is simple yet smart and has a theme similar to the UI of Windows 8.

Mozilla said the new browser is built from scratch. They want all the functions that exist in his or her browser to perform well.

Windows 8 itself has not officially released, according to the plan made late October. Firefox project is expected to welcome the arrival of the operating system that staying digadang has a simple, modern, and promised to provide a new experience for users.