Star Wars and Angry Birds United by The Force: The Angry Birds will soon use the midi-chlorians in his crusade against the green pigs. It seems that Rovio prepares content for popular game that is set in the Star Wars universe. One of the birds of the famous game disguised as a true Jedi is the first track of the intentions of Rovio. 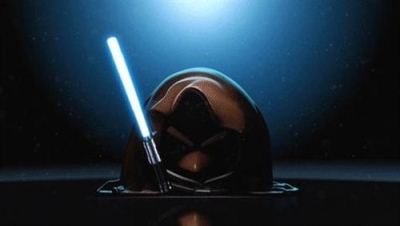 Angry Birds is a success for many reasons. It is undeniable that the game mechanics to engage users. Few have been able to shoot a bird and stop. Aesthetics is another factor that has helped conquer Rovio million users. However, another key element, that does not always receive recognition, Rovio is merit to reinvent and market your title.

The company has been able to focus Angry Birds differently, adapting its universe to create new chapters and unexpected deliveries. In that sense, Angry Birds Space is an example of the great work of Rovio. Once redesigned the game, the company has taken the space theme to offer special chapters, as announced to coincide with the launch of Curiosity robot, for which it has reached an agreement with NASA.

Giving a new twist to the space theme, Rovio has surprised with a preview of what looks like a new episode for your game. In this case, the company has decided that a picture is worth a thousand words. In his movie, promoted through Facebook, the company has posted a ‘gif’ lively in which you can see one of his birds accompanied by the Force.

The bird has all the appearance of a jedi, or rather all that can have a bird. Along with the lightsaber, the layer characteristic of the jedi accompanies the creation of Rovio. And for those who doubt whether the bird is the way of the Force or the Dark Side in the gif can be seen driving a blue lightsaber, not red, similar to that of Luke Skywalker.

Rovio has no details beyond a message confirming that prepare something new. Looks like Angry Birds and Star Wars are ready to join and use the Force to rescue the eggs get surely evil pigs have kidnapped the Sith.