Simon Cowell Wants an X Factor to Find Next Steve Jobs: The creator and controversial juror U.S. X Factor, Simon Cowell, along with rapper Will.i.am, a member of The Black Eyed Peas, wants to find the next Bill Gates or Steve Jobs with X Factor on technology. 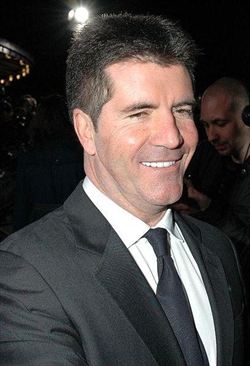 The technology sector has become one of the most influential in recent years. Many have been the geeks who have decided to invest in this sector and even follow the footsteps of those visionaries like Steve Jobs or Bill Gates.

After the death of co-founder of Apple and the withdrawal to the background of Bill Gates, with Bill Gates, the technology sector demand bright and charismatic new talent to continue the legacy of great technology.

This conclusion of two of the members of the jury of one of the most successful programs in the U.S., X Factor Simon Cowell and the controversial rapper Will.i.am, new addition to the jury that season, they want to create an edition of the program focused on finding the new Gates or Jobs.
Technology creates “a lot” of JOBS

As recorded by the British newspaper The Sun, at a dinner they decided to create ‘X Factor for Tech’ (Factor X to technology) that will be out in the world of music and entertainment.

It aims to discover geniuses fledgling technology that may follow in the wake of billionaire Microsoft founder Bill Gates, 56, and genius co-founder of Apple, Steve Jobs.

“The singing and acting create a few jobs, but this is going to create a lot,” says will.i.am. “It’s contact with young people and give them a platform to express themselves, no matter whether in science or math.”

So far, neither have revealed more details, even if this idea has caught on in some producer.