Is Apple Maps Faster Than Google Maps?: Since iPhone 5 launch, the service is the iPhone 5 gets a lot of criticism and blasphemy. But is there a positive side to the Apple Maps? 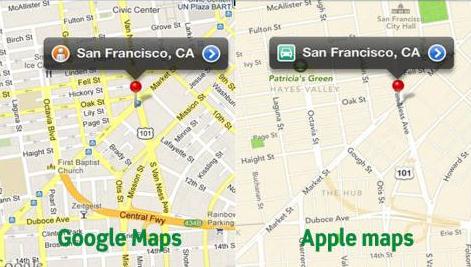 The Advantage Apple Maps. Despite its myriad distractions and error, it turns out Apple Maps saving potential of its own.

But to correct the weaknesses of Apple Maps seems Apple should try harder. The reason, Google is currently leading in terms of maps app still employs 7,000 people specifically to develop Google Maps.