HTC One X+ The Evolution of Best Smartphones on Market: HTC already had one of the best smartphones on the market and now has decided to go further. The Taiwanese expanded the power and performance of battery HTC One X with version X +, which hits throughout October and will feature Android Jelly Bean. 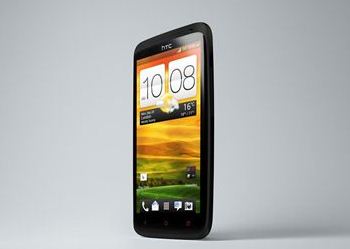 The Taiwanese firm HTC has announced an enhanced version of its X One, which competed in the podium of the best smartphones with the Samsung Galaxy S III, among others. The company reacted to the latest releases and announcements from Nokia or Apple with a review of a terminal already highly recommended.

The first version and enters the eye with its huge 4.7-inch display with a resolution of 720 x 1280 pixels. Furthermore, the first X One notable for his body ‘unibody’ manufactured in a special polymer, a camera that offers great image quality, and faster-and a great sound with BeatsAudio.

HTC has kept these features and improved other key clearly improve the user experience. The terminal was as potent in its first version, but the HTC One X + goes one step: the Nvidia Tegra 3 quad-core 1.5 GHz has been replaced by a NVIDIA Tegra 3 AP37 also quad-core 1.7 GHz

The company has said that the HTC One X + is up to 67 percent faster than its predecessor, which was not exactly slow.

Moreover, storage capacity has been doubled to 64 GB.

Besides its increased speed and storage, the new HTC One X + offers higher performance thanks to its 2100 mAh battery (1800 mAh compared to the previous model) that provides longer life to talk, surf or consuming multimedia content.

As far as ‘software’ is concerned, the new terminal incorporates an extended version of the interface HTC Sense 4 + with Android Jelly Bean.

For example, the recent launch of the Self Portrait function for the front camera can shoot high quality, by detecting faces more intuitively and at various angles, plus subtle improvements applied to the skin and eyes of the people photographed.

On the other hand, thinking less advanced users, HTC One X + includes HTC Sense Home, a new online service that helps the user to configure and customize the phone from the Internet and without any complication.

“With the launch of HTC One X + X One HTC took to a new level,” said Peter Chou, CEO of HTC Corporation. “Our customers will enjoy a blazing fast navigation, a camera even better and more entertaining with Beats Audio technology.”

The company plans to upgrade the version of Android Jelly Bean with HTC Sense 4 + is expected to reach One HTC models X and One S in October.