Taiwanese Noble Lady Celebrity Actress and Model Aimee Sun Yunyun: Asia has its own crop of socialites turned businesswomen. Often photographed at the hippest nightclubs, the front row seats at fashion shows, and taking spectacular vacations, these beautiful heiresses lead lives that most women could only dream about. 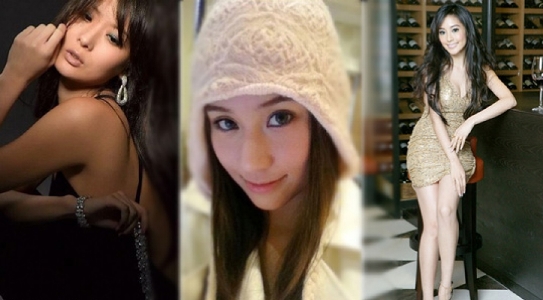 They are fabulously rich, beautiful, and talented to boot.

Among these gorgeous heiresses, Aimee Sun Yun Yun is coined the most beautiful heiress in Taiwan. This 34-year-old famous socialite is also a media personality, an enterprising jewellery businesswoman, and a co-founder of a shopping mall in Taiwan.

A Taiwan-based actress, model, singer and author, 36-year-old Terri Kwan has also built quite a name and reputation for herself.

Laurinda Ho Chiu Lin (above, centre), the youngest of the lot, is reportedly the prettiest daughter of Macau’s gambling king, Stanley Ho.

Another daughter of a tycoon, Tsai Yi Shan, married Lien Sheng-wen, the son of the honourary chairman of the Taiwan-based Kuomingtang Party.