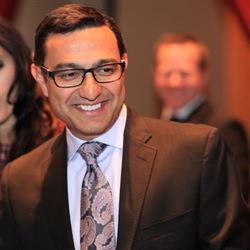 The launch of Google+ Father Vic Gundotra left Google on Thursday after eight years as head of the social network of Google.

With his departure , it has also produced the beginning of the end of Google+ and will conduct a series of restructuring in the company.

However, a Google representative has denied this premise and has ensured that developments in the company ” will have no impact on the strategy of Google +” and ” continue to create great experiences for users on Google+ , Hangouts and Photos” .

Despite these statements , two sources of TechCrunch have evidence that Google is reshaping their teams who were in charge of Google+ , a group of between 1,000 and 1,200 people , and move to a new campus under construction, although this ” does not necessarily must be due to Gundotra progress. “

In addition , the team of Google Hangouts and Photos will be passed to Android . However, Google has not yet decided what will happen to employees who can not go.