Reasons Why Facebook Buys WhatsApp: WhatsApp has a high proportion of international users who got bored and migrated Facebook. 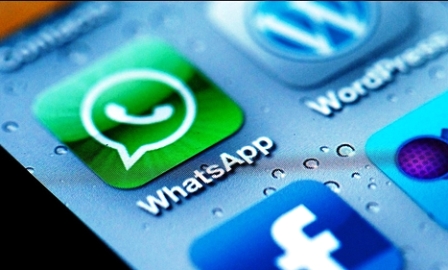 The price is acceptable to be crazy to acquire the company.

They will pay $12 billion in shares of Facebook, $4 billion in cash and $3 billion more stock transfer restrictions for WhatsApp founder and staff in 4 years.

Information published after U.S. stock markets closed. In trading agreement, the price per share of Facebook was down 2.7%, to $66.2.

$19 billion figure analysts were rated as global giants, especially after Viber which is a messaging application other free Rakuten (Japan) acquired last week for $900 million. Viber now has about 300 million users, according to the Wall Street Journal.

$19 billion is commentary price – crazy – with a company only has 55 employees. Even last year, Facebook also suggest buying Snapchat – messaging application other than $3 billion. This means Facebook ‘s valuation WhatsApp each user is over 42 USD.

It is also much higher capitalization of large companies such as United Continental, American Airlines, Ralph Lauren or Marriot International.Business Insider that WhatsApp is not really necessary application with Facebook, at least functionally.

As stated though Marshable high bidder, Facebook is also wise to choose to pay the majority of the shares, this stock is amid record high.

However, if compared with other companies in Silicon Valley, WhatsApp is clearly profitable. The company does not display advertising and no platform for users to buy and play games.

In return, they charge users $1 a year after the first free year.

BI, the CEO said that the reason Facebook – Mark Zuckerberg buy Whatsapp is because you have too few options.

WhatsApp handle up to 27 billion messages per day, and has more than 450 million active users a month. Meanwhile, Facebook had 1.2 billion users.

Therefore, this application is a significant relationship menace with Facebook, entice users to segment their messaging that Facebook has no foothold.

It was launched Messenger messaging applications.

This application is very well appreciated and has about 350 million users. However, this did not slow the growth of WhatsApp.

Besides, WhatsApp also has the advantage when their users primarily located overseas. Meanwhile, Facebook is the exact opposite, users primarily in the U.S. and recently expanded internationally.

Another reason is WhatsApp allows people to communicate via Wi-Fi. This is very important for countries where mobile tariffs too expensive to call or message level is often limited. Especially in poor countries.

Finally, the messaging applications free growing number of major importance in the tech world two years. Viber has just been bought for $ 900 million.

November last year, Snapchat rejected the proposal  of $3 billion from Facebook. While smaller applications like Kik or LINE took away tens of millions of users bored Facebook.

In other words, wave messaging are leaving Facebook. So, they had to buy the biggest boat for a chance to surf it.

What is the Best Place to Advertise Online, Google or Facebook?

WhatsApp 5 Most Dangerous Scams You Should Know