Happy World Smile Day 2013 🙂 Today , October 4, 2013 , is World Smile Day . This festival is held the first Friday of the month since 1999 and simply seeks to promote a positive attitude towards life, smiling at each other . 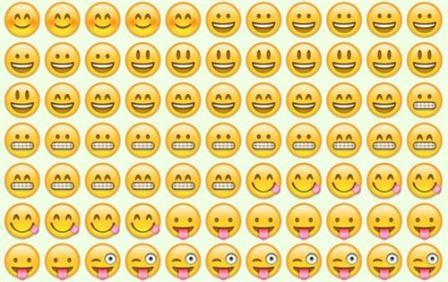 The idea of ​​a World Day of the smile was promoted by the commercial edge Harvey Ball , known for having created the smiley face ” Smiley” . This representation of a smiling human face is a yellow circle with just a line shaped smile and two dots for eyes .

Interestingly, the ” Smiley” created by this artist was destined to play a pivotal role in the world of technology and , little by little, in virtually each and every one of us.

On 19 September 1982 a number of physicists from Carnegie Mellon University lecturing on the best way to express a jocular mood in different post that were sent between them.

After a series of misunderstandings , the solution came from the hand of Professor Scott E. Fahlman , which introduced a whole post 🙂 and : ( , to express joy and sadness.

That was how Ball smiley face made ​​the leap to the world of computers and began to proliferate famous smileys, who recently turned 30 years old. With the passage of time and advancement of graphical interfaces, the singles ” Smileys ” elaborate drawings became much more similar to the original design of Harvey Ball.

Today, thanks to the popularity of the ideograms for chatting on mobile applications and computers, known by the Japanese term Emoji , these ” Smileys ” are part of our daily lives . So it’s never been easier to celebrate World Smile Day as it is now , either via WhatsApp or Facebook , for example.