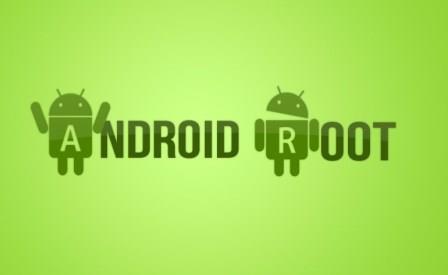 Android ROOT: Glossary of Terms for Processes ROOT. This is a question that sooner or later eventually reach any user of an Android device: “Should I do ROOT to my Android?”

Often this type of process is identified as being illegal process of being compared to perform “Jailbreak” in equipment with IOS. Unlike what happens with the process of “Jailbreak” on iOS devices, the process of gaining access to a ROOT Android device does not have any legal implications.

Before performing any “experience” in this type of processes is always essential to gain maximum knowledge about the same to ensure that we only perform processes that we understand completely, to avoid any situation less enjoyable.

In several explanations scattered in various communities dedicated to OS / Android operating can acquire enough knowledge to carry out the entire process of acquiring ROOT access to our smartphone or tablet, reducing almost completely the possibility that something somehow damage the equipment.

To facilitate the understanding of many of the tutorials created on this process (such as those present in the community of XDA-Developers.com) present here a short list that explains the meaning of the 9 most used terms in all these processes.

Recovery is a software that will allow users to perform various processes that were previously impossible in a simple and practical. Will be able to perform backups, fail new custom ROM’s, factory reset, among many other changes in the system of your Android device.

Often during the process is presented ROOT install a custom recovery, the best known being the “ClockWorkMod” which gives the user much greater control and more streamlined all processes.

Flashing a something Android device has a very simple meaning, ie install something. In the case of an Android smartphone or tablet could mean installing a new ROM, a kernel or any other application.

The term Flash can be found quite often in most instructions ROOT processes to gain access to an Android device.

The term means rooting gain ROOT access a particular device, which in a simplified means to gain privileged access to all the features available on your Android, which would otherwise be blocked.

ROOT can do to your Android by installing an application “Superuser” or flashando a custom ROM that already come with built-ROOT access.

ADB stands attributed to “Android Debug Bridge”, and is a command tool installed on your computer that allows you to communicate the same to the Android device. The ADB is usually installed as an integrated part of the Android SDK and is often used for several processes used by tools ROOT.

In the process of running an Android device, the kernel functions as if it is a bridge, which makes communication between hardware and software. The OS / Android OS has also become well known for using a custom Linux kernel.

The Bootloader also has a key role in the overall operation of an Android device, the first piece of software to be activated when you connect dispositivio. The Bootloader is responsible for performing all necessary codes for initiation of the operating system / operating.

Without performing the first unlock bootloader rooting a device is impossible, since this is synonymous to the ROOT device.

There are some terms that are specific to a particular manufacturer, eg HTC. The HTC devices come with a unique feature in their bootloaders called “Signature Verification”.

When purchased in the store, any HTC will come with S-ON, meaning that the device will be locked to any attempt to flash, which is “Signature Verification” part of the software that controls the GPS functionality Wi.Fi and HTC.

In most processes ROOT released on the Internet for HTC devices is not mandatory to have S-OFF, however, various tools and applications that use the ROOT permissions may change their status during the process.

A ROM is in essence a custom version of OS / Android OS. There are now thousands of different ROMs that can be installed / flashadas in which each will have different features and options.

The Paranoid Android and CyanogenMod are perhaps two of the most famous teams of developers working on building custom ROMs for various Android devices, and these are the two teams that often bring the latest innovations to the entire community.

This is a more specific term for HTC devices, and the acronym RUU means “ROM Upgrade Utilities”. The RUU are files that are provided directly by the manufacturer responsible for changes of the software installed on each device.

It is through this set of files that manufacturers will provide updates OTA (Over The Air) to the latest versions of Android.

Surely with these small settings for some of the most common terms used in descriptions of various acquisition processes ROOT permissions on Android devices will get gain a better knowledge and confidence to get ROOT access on your Android, and finally open the door to a new world Android!