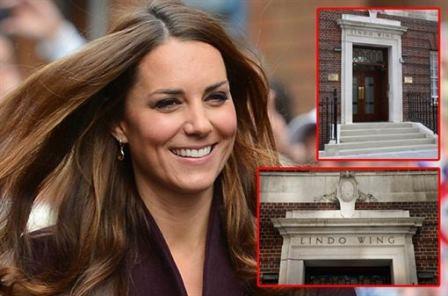 In the same hospital, Princess Diana gave birth to Prince William in 1982 and later in 1984 to Prince Harry. The room does not skimp on features and will cost 5500 pounds per night, about 6,400 euros according to some British media. The accommodation consists of: satellite television, wireless, radio, safe and even a small refrigerator.

Also, the room will have a recliner and luxury toiletries separate from the hospital gives you the option of getting up every morning and find the daily newspaper. The room has large windows, but that will be covered by a thick curtains to ensure total privacy.

On the other hand, the medical team will turn to Kate Middleton, gynecologists, pediatricians, midwives, nurses and lactation consultants will accompany the Duchess of Cambridge during their stay.

The newborn will spend his first six weeks of life in the residence that parents of Kate Middleton have in Berkshire, southeast England. A move that has been criticized for its high cost but seems to understand citizenship as the Kate Middleton would feel “safer” in the family home.