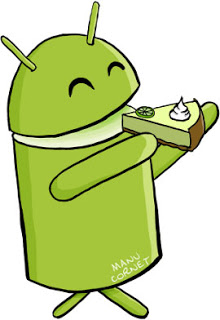 When it comes to “new version of Android” not lacking are rumors.

The site VR-ZONE released information obtained through “internal contacts” in Google, which reveal interesting news about the system of mobile internet giant.

Apparently, Google does not plan to just launch the Android 4.3 Jelly Bean now the end of June / beginning of July, as well as some time later, in late October, to launch the much awaited Android 5.0 Key Lime Pie.

All that it takes to launch a version of Android can be explained as a form found by Google for companies producing new smartphones with newer systems (Android 4.0 Ice Cream Sandwich and Jelly Bean Android 4.1/4.2) and that these devices can support upgrades to new versions of the system.

The wave of smartphones “Google Edition” is a proof that Google intends to bring your system to all smartphone manufacturers, encouraging the production of devices with the pure system to avoid problems at the time of usage.

A major rumors around the Android 5.0 is the information that he would run on machines with only 512 to RAM without further crashes, in a more lightweight and practice.

If the rumors are confirmed, we can see the clear Google’s dedication to the development and implementation of Android, increasingly focusing on a system lighter fluid, which can run on a wide range of devices without requiring a hardware more robust.

And you, what to expect from Android Key Lime Pie?

WhatsApp 5 Most Dangerous Scams You Should Know