On April 1 is celebrated in many countries on April Fools’ Day. On this day, with origins in Roman times, children and adults tease their relatives and friends. 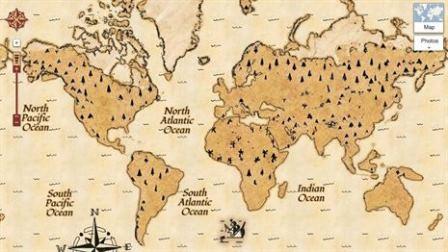 This year, Google has joined the celebration, as it has done since 2000, with some announcements of new services that will begin to be available from Monday or closure of others, however, consist of more search in jokes.

END OF YOUTUBE: The most talked joke for all users has been launched by YouTube. The video site has announced its alleged closure through a video that uncovers the main purpose of the service: a contest.

In the video, the founders of the website, Steve Chen and Chad Hurley explained as “YouTube was born in 2005 with the simple idea of ​​a contest to find the best video” but “had no idea” of what would come to “Be responsible” . In the words of course YouTube contest director, Tim Liston, the creativity of the videos were generating competitiveness and increasing the level which makes it “very difficult” to pick a winner.

For the realization of the joke, Google has had the collaboration of some of the users responsible for the most famous video portal as the brothers Harry and Charlie Davies-Carr, Video players ‘Charlie bit my finger – again!’.

According to the announcement, the video portal announce the winner the next 2023 and would need to do a new review of the content dump on it for the past eight years. Many users have come to “bite” in this joke and commenting with great disappointment closing the crown jewel of Google.

GOOGLE Quest for Booty: Another of the most talked about advertisements has been a redesign of Google Maps where users will appreciate the famous map of pirate William “Captain” Kidd with more than 315 years old, confirmed by archaeological analysis.

This publication also has its own video in which the director of marketing for Google Maps, Mike Pegg, explains that “the map contains symbols encrypted and not easily decipherable, so it has been included in Google Maps for the whole world contribute their tracks. “

The tracks will appear as users will interact with the maps. Thus, as shown, display devices encrypted messages when Street View mode when the user approach the place where the treasure believed to be or when you approach him. Furthermore, it may attach maps shown on different devices like a ‘puzzle’ is involved.

In this way, the design of this tool changes to become sepia with feathered edges resembling the view from a glass. Makers believe Google Maps showing the map “together we can find the treasure.”

SMELL THE WEB: Google has also launched Google Nose. With this new tool, the search aims to convey the smell of new search features to users who prefer it.

The system will be in beta and still could not access it but now has its own website which is inserted a video explaining the initiative.

Many people have fallen into this trap set by the search engine and social networking have borne the good news for which he may be the only step left for the web, transmit odors.

BLUE GMAIL: As the name suggests, Gmail Blue, is Google’s initiative of launching your mail server in blue because their other designs do not work. “Brown is a disaster,” said the manager of design, Dana Popliger.

“The inspiration comes from the ocean blue, sky”, “blue is reminiscent of nature,” says Gmail team in the video presentation.

However, few users have noticed the design change in its accounts because it comes as only one of the jokes of Google for this April Fools’ Day, launched to a select few.

PICTURES Emoticons in GOOGLE +: Google’s social network has also been added to this celebration commemorating their special day of pranks announcing a new tool for their photos.

Following the recent announcement of the company which began to allow animated pictures uploaded to the social network, Google+ now allow users to add emoticons to your photos with which to show the mood of the portraits.

This time, the ad is carried out by the Google+ profile of Erik muphy-Chutorian which explains that “after many months of analysis of how people communicate on the Internet”, the social network team has decided to add emoticons to photographs made to enhance communication between users.

This new tool is available from the publisher photographic Google+ where a new button in the top bar, to the right of the screen through which the social network itself adds a new smiley faces next to recognized system which shows a drawing differ depending on how the person is portrayed: smiling, sad, funny, with sunglasses, etc..

To remove the new emoticons, the user only has to press again the new button in the upper right bar photo editor.

FIBER POSTS: The Google team also announced this April Fools Day the ability to connect to Google Fiber from anywhere in the city with Fiber-Google (Google Diber Poles). According to Google, this is a new project so that all users can have access to fiber-optic service from Google, even beyond Kansas City-city chosen to test Google Fiber.

“We listened to our customers in Kansas City have become reluctant to leave their home fiber connections. Want to be able to have access to fiber, even when they are away from home and out of Kansas, not only within the limits of its own home, “says the company.

So they’ve created a few posts, similar to utility poles that are in the streets, in which the optical fiber includes Google.