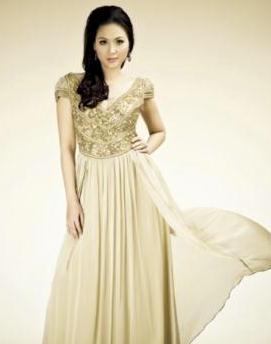 Since around 2000 each year Vietnam held a lot of beauty contest. In particular, stand out as Miss Vietnam, Miss Vietnam Women, Vietnam Supermodel. From the beauty arena a series of beautiful people to be honored.

However not all Miss – Supermodel after coronation stick with showbiz. Many of them only work of art moderately short time and then suddenly married and retired to hide and leaving many regrets in the heart of the public.

Miss Phan Thu Ngan is considered a symbol of beauty in the early 2000s.

Vietnamese beauties invited representatives to attend Miss Universe 2001 but she refused, a year later, to float with the son of a former deputy. Thought Miss will have a happy life with her husband and two children but not long after that, her husband and family to see disaster.

Since the husband and father-in-law and thrown into prison, Phan Thu Ngan aloof. She retired from showbiz, focusing on business and almost no longer appear in the press. The last time the media to record the image of Phan Thu Ngan is 10, 2010 when she attended the birthday of designer Van Thanh Cong.

Coronation Phan Thu Ngan two years, Miss Vietnam 2002 Mai Phuong also won much love from the public. The beautiful port land inherited from the mother of beauty beautiful, very loving and gentle. In 2004 Mai Phuong study in the UK and three in after Haiphong her work for an education center.

Shortly after Mai Phuong married is her boyfriend used to since I was in high school. Since then, Miss almost absent from the entertainment industry.

Lindsay want to cancel the condition: It will be back in...