Bolivian President Evo Morales announced that nationalization of Bolivian Airports Services Company, a subsidiary of the Spanish Abertis and Aena which will depend on the Ministry of Public Works of the Andean country. 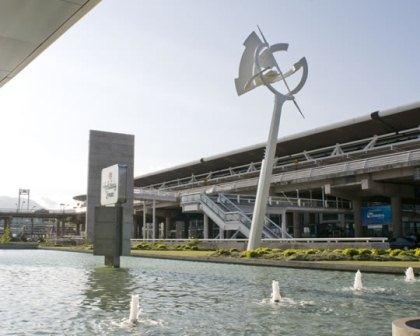 Immediately, the Bolivian army has taken control of the three airports managed by the firm.

It nationalizes 66,374 shares comprising the share package led by Abertis SA except the three actions that belong to individuals, having to transfer and register the shares in favor of the Plurinational State under the ownership of the Ministry of Public Works and Housing Services,” reads the decree read by Morales during a ceremony held in Cochabamba.

“We hoped to reach an agreement and the ministers negotiated with the company so that they can invest, but these efforts could not understand,” said Morales, who has given a deadline of 180 days for an independent company to conduct a study define the amount to be paid to the Spanish company.

Meanwhile, the company made a profit in 2011 amounted to $ 20.6 million, representing a 2,164 percent increase over the capital to be paid, which was $ 953,692. The President has considered that it is a “situation that is an exorbitant profit for capital ridiculous” that Abertis-Aena SABSA paid for.

Sanchez explained that his Ministry had meetings with the directors of SABSA to negotiate the amount that the company would invest for expansion of the infrastructure of the three international airports in the country.

The minister, who has promised to give more details of the case soon, has complained that the Spanish subsidiary, “once we reach certain agreements” had to “adjust a final document” but instead “come with other proposals” .

According to Sanchez had explained last week, the government had asked SABSA to invest $ 56 million in the three airports it manages in Bolivia – La Paz, Cochabamba and Santa Cruz – 20 million more than it had offered the Spanish subsidiary. Now, it was announced today, will be the executive that made the investment.

The government decree makes it clear that “the contracts signed by SABSA with others to make their operations will survive but will be analyzed ‘case by case’ and ratified or rendered ineffective respective previous issue of the report.”

Also, the government has ensured that “the nationalization of SABSA in no way affect the operations at the international airports of El Alto , Jorge Wilstermann and Viru Viru as flights continue to complete normality and stability continuity rights and benefits of all workers nationalized company.

After learning of the expropriation, general secretary SABSA workers union, Alfredo Chavez, has welcomed the decision. “Justice has been done for Bolivia because for many years we have seen that this company was deceiving the Bolivian” said, as reported by the official news agency ABI.

As reported by the local newspaper ‘The Reason’, the Government has instructed the military to take control of airports in La Paz, Cochabamba and Santa Cruz, and has announced that taking action against those who block the implementation of the decision .

In a statement, the Bolivian Air Force has welcomed the decision of Morales and said that “ensure the normal development of air operations and administrative El Alto airport Jorge Wilsterman and Viru Viru and several airfields around the country”.

In this sense the FAB ensure the normal flow of air transportation for passengers and cargo to the outside and inside of Bolivia, reports ABI.

Meanwhile, the district attorney of La Paz has told Radio Fides that the District Attorney has effectively nationalizing SABSA executive offices, located in the capital. As explained, we have proceeded to seal the offices located at the international airport of El Alto, for further inventory.