California police found in a cottage on the outskirts of Los Angeles on course charred body of a former police officer accused of four murders and had staged a dramatic escape from justice, as reported by authorities Wednesday. 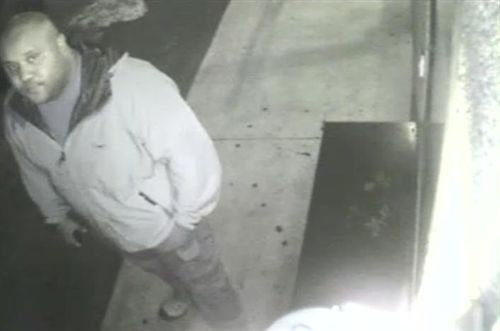 Sheriff’s deputies said charred remains were found inside a burned-out cabin near Big Bear Lake, Calif., east of Los Angeles. It’s not yet confirmed if the remains are those of Christopher Dorner.

The cottage, located in the mountains around Los Angeles, caught fire after the man suspected of killing at least four people, police officers and family, took refuge inside after starring in a road chase with authorities , authorities said.

Police are waiting to determine, through appropriate forensic analysis, if the body is for Christopher Dorner, the protagonist of this manhunt that for six days had attracted all the attention in Southern California.

The spokesman for the county sheriff of San Bernardino, Cindy Bachman, told reporters that the man who had barricaded himself in the place and had kept a shootout with the police it was indeed Dorner, a former Navy officer 33 years.

She said that the cabin in the San Bernardino Mountains near Big Bear was still too hot and dangerous for investigators to enter.

She said, however, that a suspect they believe is Dorner entered the cabin and did not come out as it burned to the ground.

“We believe that he was still inside the cabin [as it burned down], yes,” Bachman said.

“Right, we believe, correct, we believe, we believe that the person that barricaded himself inside the cabin engaged in gunfire with our deputies and other law enforcement officers, is still inside there, even though the building burned, yes,” she said.

A deputy sheriff was killed during the shooting that occurred on the night of Tuesday to Wednesday in the San Bernardino National Forest, northeast of Los Angeles, bringing to four the number of people allegedly killed by Dorner. A second sheriff’s deputy was injured in the same shootout.

Last week, Dorner published a manifesto in his Facebook page in which alleged that he had been dismissed unfairly Police Department of Los Angeles in 2008 and vowed to take revenge on the agents and their families through the use of “weapons conventional and asymmetric “.

The story reached its ‘climax’ on Tuesday after police were informed that a man who could be Dorner had broken into a house near the ski resort of Big Bear Lake and had killed a couple and stole their vehicle .

After authorities locate the car, started the game, after which Dorner crashed the vehicle and stole a van at gunpoint, according to Lt. Patrick Foy, Department of Fish and Wildlife California. During the subsequent chase, the man fired at officers and one of them could answer him from behind with a high powered rifle, but is ignored if was hit.

It was then when the officers approached enough to identify. Then, according to Foy, Dorner abandoned the van and fled on foot through the woods to a cabin, where entrenched and fired at the police. Because of the shooting, the cabin suddenly caught fire and was completely surrounded by flames, while from within could be heard popping sounds.

ONE MILLION DOLLARS REWARD: The previous meeting with authorities Dorner had occurred last Thursday, when, according to police, two officers ambushed at a stoplight in Riverside, about sixty miles east of Los Angeles. One died and one was injured.

The first public notice on Dorner occurred last Wednesday, when he was identified by police as the suspect in the stabbing of an officer and his girlfriend, the daughter of a retired police officer in Los Angeles. In his manifesto on Facebook, Dorner accused the captain of his dismissal.

The authorities had offered a reward of one million dollars for any clue that would capture the man, the greatest reward in the criminal history of Southern California.