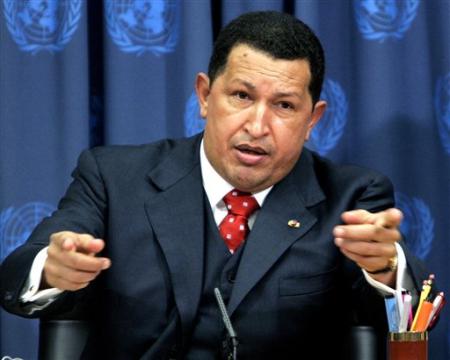 Venezuelan President Hugo Chavez, in the OR: He “is being operated right now,” he revealed on Tuesday his Ecuadorian counterpart, Rafael Correa, who yesterday visited him in Havana, where he is being treated the cancer being treated.

“He’s going the hardest moments of his life my dear friend and colleague, Commander Hugo Chavez.’s Being operated right now.

A very delicate operation,” said Correa at the beginning of the binational meeting with Colombian President Juan Manuel Santos.

The Government of Venezuela has subsequently released a statement that confirmed the start of “preoperative protocol”.

The medical team that the president “has conveyed his optimism about the success of this operation,” that Caracas has framed within the “treatment plan that follows the commander Hugo Chavez.”

He announced over the weekend that would undergo surgery for fourth recurrence of malignant cells, which could force him to leave power.

The Government has confirmed its “unwavering loyalty” to Chavez and thanked the “many expressions of solidarity” arrivals “from around the world.”

Also, the government has called “the people of Venezuela to remain united in prayer and to forward the commander Chávez its purest feeling of love.”

Obama Calls for Consensus: “The American People are Fed up with...