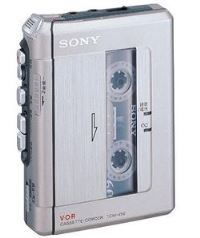 Sony Stops Making Cassette Recorders In 2013:  Sony is planning to stop making one of its flagship products in the last decades of the twentieth century: their cassette recorders. The recorder, which is still manufactured in Japan, will cease to exist in early 2013.

Sony has decided to discontinue the production of the Models TCM-400, TCM-410 and MCT-450 so these products will be devices for the global market to become collector’s items.

Despite being a logical loss after the passage of the years, and because the tapes were no longer used to support audio, cassette recorders have overcome and survived several crises over even more modern systems such as the famous MiniDisc, whose disappearance occurred in 2011.

But despite this long life, the Japanese company has decided to stop making models cassette recorders from 2013, as reported in the Japanese media My Navi.

But those fans of cassette tapes are in luck because although recorders disappear, for now Sony has no end date for the manufacture of portable radios and audio equipment with tape player, radio and CD player.

An example of these is the model of Sony CFD-A110, which is nothing more than a re-labeling of another previous model and incorporates a portion of a tape player and a CD, a karaoke microphone output, two-range speakers and full remote control.

Apparently the company’s future is in digital recorders based on flash storage which will mean a breakthrough for this type of device.

Manually Install Applications on your Android