Olivia Culpo was born on 8/5/1992 in a family with both parents are musicians, so she is learning to play the violin from an early age. Currently, Olivia Culpo is a professional artist playing and performs regularly in major theaters in the U.S. such as Boston Symphony Hall, Carnegie Hall. 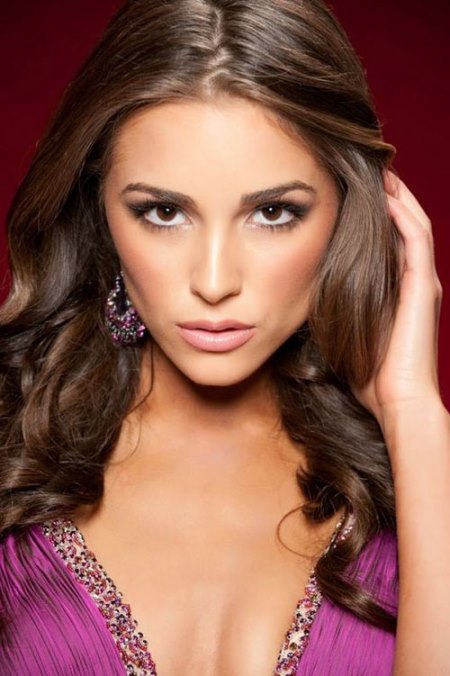 Because his father is of Italian descent, Olivia Culpo have a great passion for Italian, and she won a scholarship to study in Milan, Italy. Reveal something about themselves when participating in Miss Universe 2012, Miss, said she is a funny person and love movies. In the future, she hopes to become an actor or TV presenter. Miss Universe also shared her idol movie legend Audrey Hepburn, especially the classic elegance and beauty of women.

Olivia Culpo impress since joining the Miss United States in June. Is the best candidate in the top five, she still easily pass other competitors to be crowned Miss America 2012. In this contest, she also won by the smart answer Conduct. When asked: “In your opinion, who are transgender beauty deserves more chances to win with the other contestants in a beauty pageant?”, Olivia Culpo totally convinced the jury to won the highest throne. Beauty said: “I accept that it is fair.”

At Miss Universe this year, Olivia Culpo not particularly impressive in the outer ring, however, she always comments are owned beautiful face, holy. Once again, the confident and smart way to handle the situation helped American beauties stepped up to the podium glory. 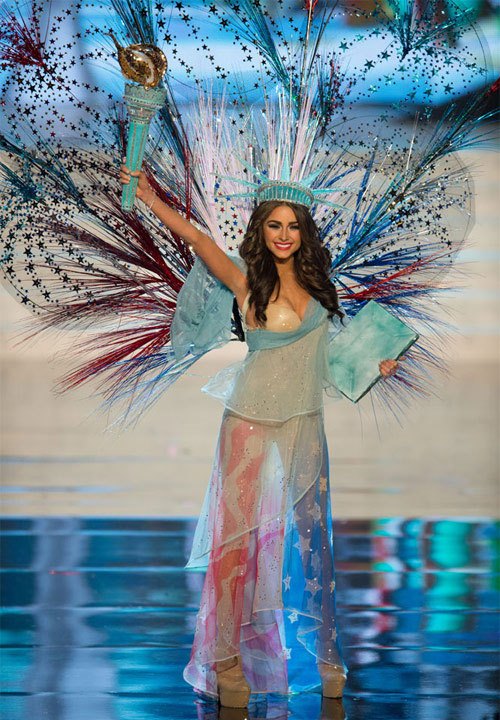 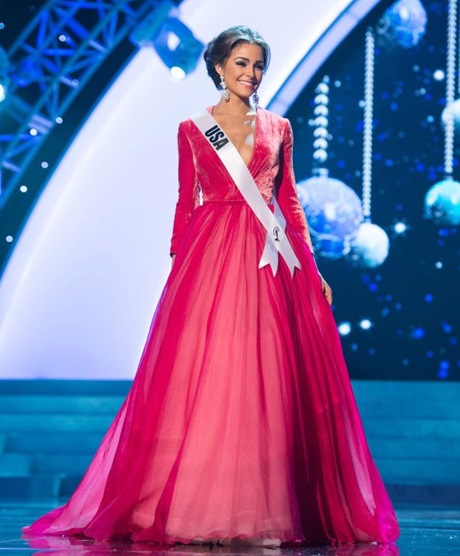 Competition opening night performance of the 89 contestants from all over the world. The beautiful people turn appeared with short sexy dress on the music of the song Live While We’re Young of famous young band One Direction. Vietnam’s representative Luu Thi Diem Huong, final presentation and received the warm support of the audience.

After this impressive performance, top 16 beautiful people go to the next round were announced. That is the beauty from Venezuela, Turkey, France, Peru, Russia, Mexico, Poland, Hungary, South Africa, Philippines, Croatia, Barazil, Kosovo, Australia, India and the United States.

Next, Miss Universe 2011, Leila Lopes, gorgeous appearance in a gold dress, introducing a performance unique ethnic costumes of the contestants. Then, the top 16 in turn stepped onto the stage in a bikini sexy, between the jubilant atmosphere of Christmas.