HomeCelebrityMatt Damon is put under the command of George Clooney in 'The...
Celebrity 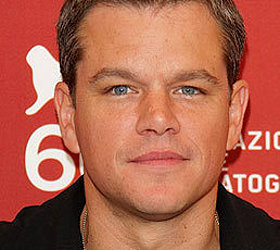 The star of The Bourne Supremacy has already confirmed it will work with Clooney, who in addition to directing, acting in this film.

“Yes, I will be in the film”. It’s that Damon was effusive when asked about the possibility of working again with fellow Clooney.

The Monuments Men, is the next challenge for Clooney in director’s chair after successfully running the show in films like Good Night, and Good Luck.

In addition, George Clooney has signed Jean Dujardin, the French actor star of The Artist, who snatched the Oscar Clooney himself in the last gala of the Academy.

Damon has a full agenda for the coming months. Besides working on the new Clooney, the actor has before the premiere of Promise Land, directed by Gus Van Sant, and he will share plans with John Krasinski, one of the stars of The Office.

It is also filming The Zero Theorem, directed by Terry Gilliam, who worked with the secret of the brothers Grimm.

Furthermore, Promise Land, not only acts, but it has been commissioned to write the screenplay with director, Krasinski.

And is that Damon is a very reputed writer in Hollywood after getting together with his other great friend, Ben Affleck, the Oscar for Best Screenplay for the history of Good Will Hunting.

Based on the book The Monuments Men monumental title: Allied Heroes.

Nazi Thieves and the Greatest Treasure Hunt in History published in 2009 Robert M. Edsel, The Monuments Men recreate the efforts of the U.S. administration to keep track of all works of art looted by the Nazis during the occupation of France.

Clooney himself is the one who signs the script with his partner in the production company Smoke House Grant Heslov.

Joining them produce Sony Pictures and 20th Century Fox this film that Clooney will direct and star in and which will feature a cast of many carats.