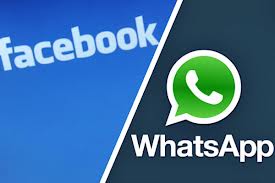 Facebook is said to be interested and planning To Buy WhatsApp, a popular mobile messaging service. Facebook has held discussions with the company responsible for one of the most extended messaging service in the world, Whatsapp. As they have assured sources familiar with the matter to Techcrunch, Mark Zuckerberg’s social network Facebook is interested in acquiring the service. In this way, Facebook would continue its long-awaited expansion for the world of mobile devices.

One of the sectors that more growth is experiencing in recent years is that of mobile devices. The demand for ‘smartphones’ and ‘tablets’ by users as well as the amount of available models, and they are coming, in the market they make these devices a new line to consider by advertisers, companies and social media as a means of advertising.

The largest Internet, Facebook, social network is one of the companies that has begun to bet strong mobile sector. Zuckerberg stated on more than one occasion that the movable part was ‘the most misunderstanding look’ company, so it wants to end the myth that Facebook can not make money from mobile devices.

On the other hand, one of the businesses more successful taking in the sector of mobile devices are the instant messaging service. One of them is Whatsapp, an app available for iOS, Android, Windows Phone, Blackberry, Symbian and the S40 OS from Nokia that is present in more than 100 countries. Perhaps for this reason, and the target set by Facebook in terms of mobile devices, so that the social network is interested in the messaging service.

According to Techcrunch Facebook collect would be interested in the acquisition of Whatsapp but so far have not disclosed more details in this regard. Confirmed by any of the companies this acquisition, Zuckerberg network would get great benefits as well as its expansion by mobile devices.

On the one hand, Facebook would be guaranteed a new base of users and also new revenues. Whatsapp is a payment application on iOS devices, while Facebook is free. With the acquisition, Facebook would ensure new revenue directly for purchasing the app users. On the other hand, with this purchase the social network would begin a new strategy that would allow him to reach new markets.

At the moment no two companies have confirmed nor denied this possible purchase plan.

Facebook already ventured into the world of mobile applications with the purchase of the social network app Instagram. Initially the price was set at 1 billion dollars. However, the devaluation of Facebook since it went public last May brought down the value of the initial agreement so it finally closed at 715 million dollars.