Mozilla Introduced The Firefox Application Store for Android: Mozilla has just released the latest version of its Firefox browser for Android Aurora which has included for the first time Firefox application market, similar to the Chrome Web Store. Through the ‘market’ of the first Firefox users can browse the store to find applications and web developers can take advantage of the space of Mozilla as a platform to showcase their web applications. 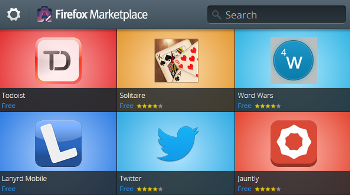 The apps run in full screen mode and can also be attached to the home screen. The market divides its contents into nine distinct categories: Books & Reference, business, education, entertainment, gaming and health, among others.

On the decision to launch the application market in advance for early adopters who want to try it, the Firefox engineering director, Bill Walker, said the goal was to “collect as much of real life answers about the design, usability, performance, reliability and market content applications. ”

As explained in the official blog of Mozilla Firefox for Android Marketplace is intended to be an open ecosystem where developers are those who control the content, functionality and distribution applications. To facilitate this open ecosystem, Firefox offers developers a number of APIs for filing, paying and discover applications.

Mozilla expects Firefox market “allows developers to create, distribute and monetize rich applications and envelopes using web technologies like HTML, JavaScript and CSS.” For developers who have already begun working with the platform, Mozilla has recently released a design guide and a series of tutorials.

After this initial test launch, the market will find its way through Firefox Aurora and Beta versions. In addition, the Marketplace Firefox will become a piece sticks for OS Firefox for mobile devices.