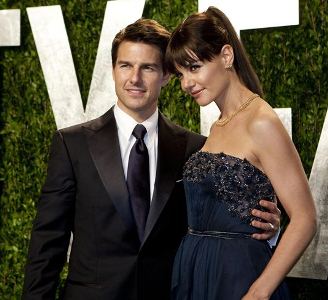 It turns out that Katie Holmes could have given up receiving a large sum of money provided to keep custody of her daughter Suri. And Tom Cruise, who wanted to fight against all odds for his daughter to stay with him, seems to have lost all interest in exchange for lower maintenance.

Also be required to pay medical and dental expenses, and insurance, education and university education. Still, it is noteworthy that in this agreement, the couple finally agreed that Suri will attend a school based on Scientology, supposedly one of the reasons that led Katie to seek divorce to Tom Cruise.

This agreement was signed in less than two months since Katie Holmes filed for divorce for “irreconcilable differences.” However, although the actress has sole custody of Suri, Tom Cruise has a pretty flexible visitation.

It seems that whoever comes out ahead is Tom, who has managed to reduce the monthly maintenance of Suri and also she goes to a school that is governed by the foundation of Scientology, its main objective and therefore has fought Katie, who opposed it with all his might.