London Olympic 2012 Torch Ends Journey on the Thames: The Olympic torch has completed its long journey on Friday with a walk along the River Thames on a barge on the Royal Family, a journey marked by tens of thousands of cheering spectators a few hours before the Olympic Stadium hosting the Inaugural Ceremony the London Games. 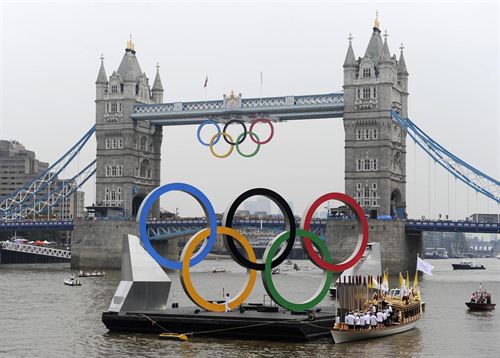 After 70 days and almost 13,000 kilometers, the torch has completed its adventure in the iconic Tower Bridge London at noon and the flame will no longer be seen until this night light the cauldron at the Olympic Stadium.

The barge of the Royal Family Gloriana, used last month in the annals of the sixtieth anniversary of the coronation of Queen Elizabeth, crossed the Thames downstream, the last leg of a journey that has brought the flame to all corners of the United States, including palaces, cathedrals, mountains, skies and even the famous episode of a television series.

Officials estimate that about three million people took to the streets of the British capital during the last week to accompany the torch and a total of thirteen million have supported over the last seventy days along the Islands.

About 8,000 carriers, both celebrities and athletes or anonymous people have been charged with carrying the torch since it began its journey on 19 May at the point southwest of England.