Call of Duty Black Ops II Sale On November 13: Activision has confirmed that Call of Duty: Black Ops II will go on sale on November 13 for Xbox 360, PlayStation 3 and PC. Fans of the series can make the reservation for the sequel to Black Ops from Wednesday through its website.

What in the past few weeks it became an open secret, has been confirmed by Activision distributor. Call of Duty: Black Ops II, the sequel to the ‘shooter’ most famous of all time, will be released this year and will immerse players in the near future, the Cold War-XXI century where technology and weapons come together to create a new generation of war. 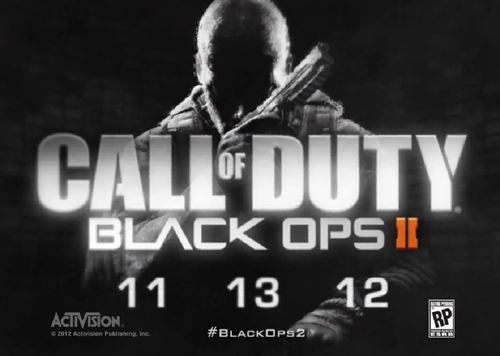 But to enjoy the new user title will have to wait a little longer. Call of Duty: Black Ops II will come out on 13 November.

Call of Duty: Black Ops II will complete the series begun by one of the titles he has broken all records. The first part of Black Ops has been one of the best-selling titles. During the first 24 hours in the market, this first part managed to raise $ 360 million, becoming the best-selling video game in its first 24 hours. This collection stood in front of the video game releases as successful as the movie Avatar in its first weekend, which reached $ 232 million.

Against this background, the second part of the story starring Alex Mason will be one of the most successful titles of the year and expected.

Max Payne 3 is Prepared for Launch