Powerball Lottery Jackpot Goees Up To $180 Million: The Powerball lottery was held last night with no jackpot winners making the new prize for the draw on Saturday to reach an estimated $ 180 million with a cash option of $ 100.3 million. 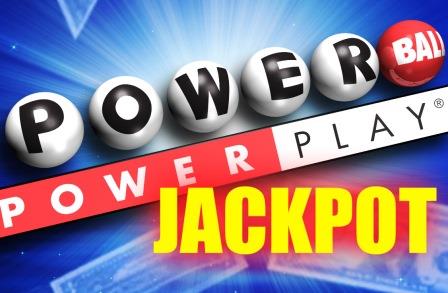 Wednesday night was the tenth consecutive drawing without a winner of the jackpot.

The ticket sold in Arkansas was purchased with the Power Play option , multiplying the prize to a hefty $ 1 million. It was sold in Tuckerman in EZ Mart 429.

54 tickets matched four white numbers plus the Powerball and won $ 10,000. From these entries , 15 were also purchased with the Power Play option, multiplying by 2 prize for a total cash prize of $ 20,000.

The last Powerball jackpot to reach or exceed the size of the next draw Saturday was the June 1, 2011 , when a New York ticket won a grand prize of $ 200 million.

When a Powerball ticket is purchased with the Power Play option for an extra $ 1 per ticket , any jackpot prize is multiplied 2-5 times , depending on a computerized random number generated that night.

Second Power Play enabled tickets matching five numbers but not the Powerball always multiplied by 5 times, for a prize of $ 1 million.

Powerball is now played in 41 states , the District of Columbia and the U.S. Virgin Islands . The drawings are Wednesdays and Saturdays at 11:00 pm ET.

Powerball winning numbers are published in the United States Mega minutes after the draw takes place.

The World Most Iconic Perfume Chanel No 5 in Danager

Google Apps Gets the ISO 27001 Certificate