Lowa Wrestler Throws Medal In Garbage After Winning Second Place: An Iowa wrestler threw his medal into the trash after taking second place in the Big Ten Tournament. 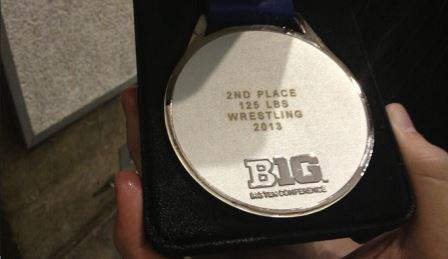 Matt McDonough entered the tournament as the number one in the class of 125 pounds and that was against a fighter who had beaten twice in the past.

McDonough could not get the win, however, and lost to Jesse Delgado during the championship game.

McDonough, like several of the other top fighters of Iowa, were disappointed with the results of the tournament.

Black pants gold heart writes: “For the first time since 2006 (and only the third time since 1970), Iowa went home without a conference champion single individual.”

Sam Louwagie, a reporter for the Daily Iowan published an image of the medal at Twitter and received a lot of feedback from wrestling fans. According Louwagie, Iowa ruled medal shows that you are not satisfied with second place.