Rihanna Will Be As Designer In The Fashion Week London: With almost an hour late, the designs created by Rihanna began to see the light in a show that lasted just nine minutes but has not left anyone indifferent. 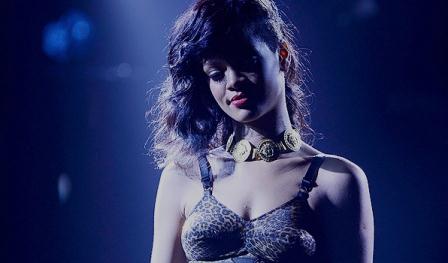 And is that even though it is increasingly common for a celebrity from the film or the song go to clothing design.

The arrival of this industry Rihanna had caused great excitement.

Over nine minutes long parade Rihanna presented her clothes predictable based on urban and chic style.

Everything under an atmosphere marked by hip-hop, as she likes.

Although not included in the overall program of the Fashion Week there were many who did not want to miss this show.

Cara Delevingne, one of the most popular models of the moment made ​​room in his busy schedule and became the star of the front row.