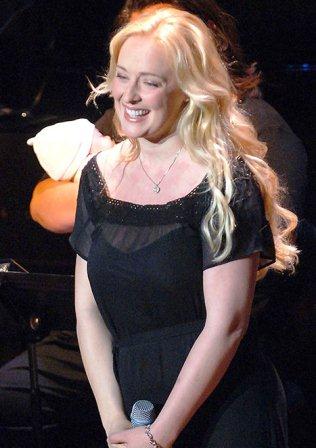 Local authorities have indicated that McCready has a bullet wound that had caused herself.

The Associated Press reports that her body was found 4pm Sunday on the front porch of her home in Heber Springs, Arkansas, after neighbors heard gunshots and called the police.

McCready leaves behind two children, 6-year-old Zander and 9-month-old Zayne. Her death comes just a little more than a month after the death of her boyfriend, songwriter David Wilson, age 34. Wilson’s death is still under investigation.

Mindy McCready has diedMcCready’s dad detailed that his daughter was refusing to bathe, was not taking care of her two young sons, and was acting violently. “Screams about everything,” he recorded.

“Trying to hit father. Is not making any sense of any conversations with anyone.” The elder McCready also noted that Mindy was “very verbally abusive” to her older son.

The judge in the case responded to this by ordering admission to an inpatient facility for up to three weeks, stating: “There is cause to find there is clear and convincing evidence that Respondent is in imminent danger of harm to herself or others, suicidal or gravely disabled.”

McCready was one of the stars of this genre in the United States. Among her hits include “Ten Thousand Angels‘, 1996 and ‘If I Do not Stay the Night’, 1999.