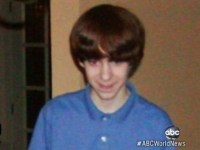 Adam Lanza’s brother, Ryan Lanza, 24, who was originally identified as the gunman, describes his brother as having a personality disorder. Others suggest he had a history of autistic behavior.

Either way, Adam’s path lead him to kill his mother Nancy Lanza, a kindergarten teacher, in the home they share, steal her guns, and then drove to Sandy Hook Elementary School at approximately 9:30 AM, where he killed 26 people.

A student from Adam’s high school said he was very quiet, thin and carried a black briefcase to class, which stuck out when all the other kids carried backpacks.

Should An SIA Girl Sleep Among Passenger Seats?