Robert Pattinson: The New Face for House of Dior: If there is a male Hollywood (or British, for that matter) celebrity that perfectly fits the mold of the Dior new face, it must be Robert Pattinson. The man-of-the-hour (aptly so because of his controversial relationship with equally popular celebrity and “Twilight” co-star Kristen Stewart); who has been offered countless times in the past by upscale and high fashion brands, has finally acceded to this lucrative offer from the House of Dior. 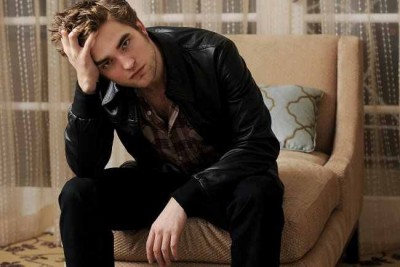 Pattinson signs 3-year Dior Contract
Just recently, the lead star of one of the most successful movie franchises has just signed a business agreement with the French fashion house that will make him appear in its advertising campaign within a three-year span. Definitely, it is a profitable contract on the part of Mr. Pattinson as he is slated to receive $12 million for his services.

Advertising pundits have touted this deal as one of the most expensive to date. To make a clear comparison, A-list Hollywood personality Brad Pitt closed an advertising deal with another popular brand, Chanel. However, the contract fetched him only around US$7 million. Beating Brad Pitt in terms of advertising deals? This only proves that Pattinson can now play the big league.

Other perks as Dior new face

Apart from the top dollar that Pattinson will enjoy from the deal, the contract is clearly an advantage for him as far as improving his image is concerned. The movie vampire-hunk projects a scruffy, almost untidy look; hence, being associated with a brand that’s known for its excellence in fashion will favor him well. It’s like overnight the actor gets a major personality and appearance overhaul.

Going head to head with Stewart

As the contract is signed, Robert Pattinson is now not only an actor but a top endorser as well. He joins sweetheart Kristen Stewart who has earlier been tapped by premier perfume brand Balenciaga as its advertising face for its newest fragrance Florabotanica. Many suspected that Pattinson agreed to the gig because his girlfriend is also currently into it.

Now that the deal is sealed, many are left wondering as to what ads Pattinson will make for Dior. Will he be doing some nudity, just like what Natalie Portman did in her own Dior ad? Or will he at least do some topless acts? His legions of Twilight fans will surely go crazy if such an ad materializes.

According to the representative of Pattinson, he accepted the gig because he has been a long-time Dior admirer, and is honored to have been chosen as the latest Dior new face.