Britney Spears Was Addicted to Amphetamines: Britney Spears had starred profile scandals related to alcohol and drugs and had concluded but now her former manager has started a legal war against the singer, and her terrifying ghosts have returned. 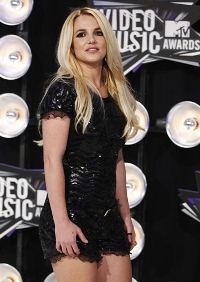 This Thursday is facing trial initiated to Britney Spears and her parents against Sam Lutfi, former representative of the artist, who claimed a number of commissions and seeks compensation for alleged defamation juicy and aggression.

The beginning of this trial could not have been more controversial, and is the legal representative of Sam Lutfi, attorney Joe Schleimer, Britney accused of being a drug addict to amphetamines adcita unstable.

“She liked to amphetamines. Most things that went wrong in her career were caused by this drug,” said Schleimer the court, which explained that the substance was to motivate the radical makeover of the singer when shaved her head.

As indicated in the middle Radar Online, “Britney was worried that a judge can order a drug test of her hair, as if positive would lose custody of their children.”

All these behaviors respond to the years 2007 and 2008, when Britney went through one of the worst periods of her life, starring in countless scandals where drugs and alcohol are conviritieron the faithful companions of her day.

This series of scandals led to a judge to withdraw the custody of their children and also disable to manage her fortune, a task that became authority of their parents. Parents who are also having their ups and downs with former representative of the artist.

Sam Lutfi’s mother accuses Britney of defamation for a book in which it portrayed her as a manipulator and friend of the paparazzi. And also accused Jamie Spears, the singer’s father, to attack her once.

No doubt, a controversial trial loaded with heavy charges which will have its second assault on Friday with the appearance on the scene of the defense lawyers.