Samsung Eight Smartphones Models Blocked in USA: Apple has filed a document with the eight smartphones that Samsung wants to stop selling in the U.S.. According to the resolution last Friday in the trial of San Jose (California), these terminals violate Apple patents in the design of your iPhone. 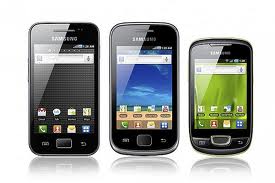 These devices violate any of the six patents that the court of San Jose has been identified as unique to the iPhone, in the trial in California near Apple headquarters in Cupertino.

As reported Newswire, the Galaxy SII and the Galaxy S, sold over 50 million units worldwide, from February to June of this year. Until the arrival of the new flagship device, the Galaxy S III, the predecessor has been the most direct rival of ‘smartphone’ Apple.

The U.S. calls paralyze its sales in the United States as soon as possible once it has been shown that plagiarized features of your iPhone. The resolution in San Jose will take place on 20 September.

Moreover, Samsung has decided to appeal this decision to the court, which would delay blocking sales of these terminals.

Although the ruling gives Apple reason to over 28 devices from Samsung, only 8 have a global impact that has hurt sales of the iPhone.