New Generation of Asus Ultrabooks Arrive in  July: Asus has launched the next generation of Ultrabooks Zenbook. This new line has the third generation of Intel Core and split the series between the model name Prime (UX31A), with a price of 1,299 euros, and the new UX32VD, which will cost 899 euros. Both models will arrive in July. 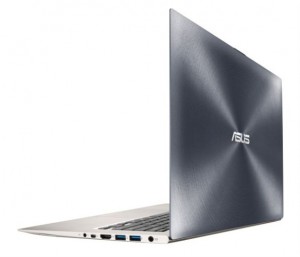 The Prime Zenbook UX31A (13.3 “) incorporates the third generation of Intel Core i7. Based on Ivy Bridge technology, this new platform has HD 4000 integrated graphics, media which improves performance and reduces power consumption compared to the previous generation. Another improvement worth mentioning is the FULL HD IPS screen, which enhances the sharpness of the picture and expands the viewing angle up to 178 degrees.

The Zenbook UX32VD (13.3 “) is the first Ultrabook to mount a dedicated graphics NVIDIA GeForce GT 620 with 1GB of GDDR5 memory, which ensures the possibility of gaming and demanding graphics tasks with ease, something unthinkable to date Ultrabook market. the UX32VD ZENBOOK integrates the third generation of Intel Core i7 and i5 and hybrid storage system that features a 24GB SSD dedicated to accelerating tasks often used as the OS and up to 500GB hard drive.