Kim Jong Kook And Soya’s Hugging Photo What is the relationship between them? A photo of Kim Jong Gook and Soya’s close bond was revealed. 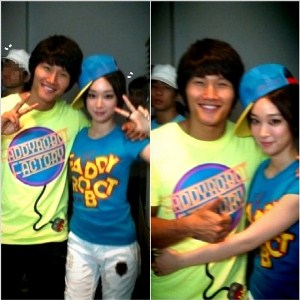 A photo of Kim Jong Kook with his niece Soya was posted, receiving much attention from internet users.

In the photo, Kim Jong Kook and Soya are each wearing brightly colored T-shirts and making V-signs with their hands.

In another photo, Soya has her arms wrapped around his waist while Kim Jong Kook is holding up his thumb with a smile on his face.

This photo is said to have been taken on a set of photo shoot for a clothing brand.