Singer-actress Selena Gomez says she “completely wasted” a year of her life on an ex-boyfriend. 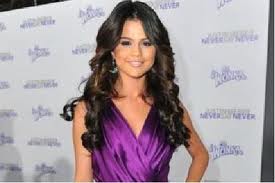 The 19-year-old, who has previously dated Taylor Lautner and Nick Jonas, didn’t enjoy being in a former relationship which meant she had to “hide everything” and do the “craziest things”.

“I was in a relationship previously where I had to hide everything and it wasn’t my choice,” showbizspy.com quoted Gomez as saying.

The 19-year-old star told the fashion magazine about a date when Bieber, 18, rented out LA’s Staples Center for a private screening of “Titanic.”

“If I’ll share anything with you, it’s that he really is a hopeless romantic,” she told the glossy’s July issue. “I had just mentioned it in the car — all I said is that I really want to see ‘Titanic’ again.”

Gomez turned up to the interview wearing a pave-diamond ring in the shape of a “J” on her right hand and opened up about her relationship with the pop singer.